This is NOT what you want to see if you’re headed to our Big Bend coastline to boat or fish! 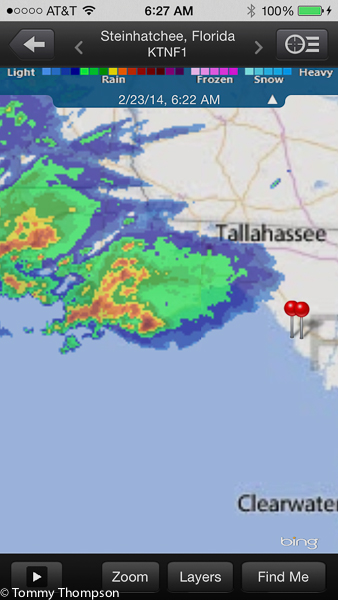 A fun day on the Gulf or local rivers is very dependent on weather.  And in Florida, in all seasons, it’s important to keep a “weather eye” peeled for weather approaching from the west.  In summer and fall months, thunderstorms often build up over land and move shoreward, bringing deluges and lightning risks.  In late winter and spring, strong fronts approach Florida’s Big Bend from the west on what is often a 3 or 4-day cycle–every cycle hitting hard, followed by nice clear weather in between.

What follows is a good primer on learning to predict weather from UCAR.  (The University Corporation for Atmospheric Research is a consortium of more than 100 member colleges and universities focused on research and training in the atmospheric and related Earth system sciences.Members set directions and priorities for the National Center for Atmospheric Research, which UCAR manages with sponsorship by the National Science Foundation.)