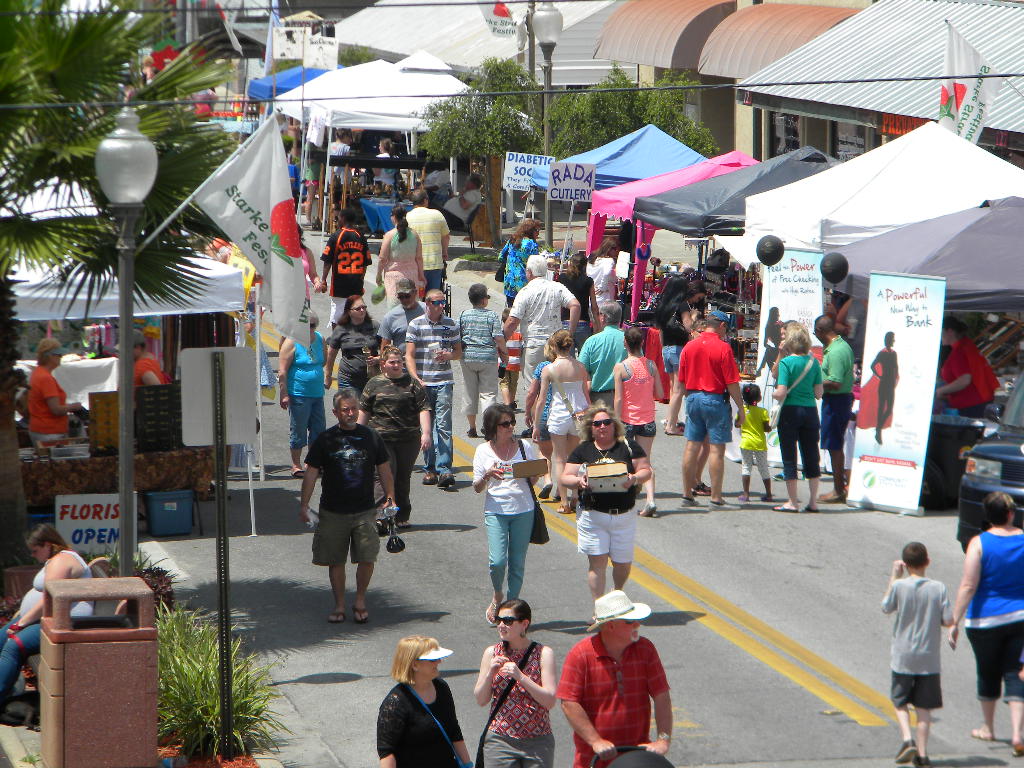 Starke, population 5,500, is the county seat of Bradford County and is one of two Natural North Florida towns named after Madison Starke Perry, Governor of Florida from 1857 to 1861.  Starke became firmly established when in 1857 a railroad line was constructed through the town connecting Fernandina on the Atlantic to Cedar Key on the Gulf coast.  Starke was the midpoint on the route and as a result the trains would regularly stop here.

In addition to rail, U.S. Highway 301 passes through the heart of the city.  Built in the late 1940s, U.S. Highway 301 was and is still the quickest and most direct route between Jacksonville and Gainesville.  As such, it is the pulse of the town.

Starke has more to offer visitors than the quickest route between Jacksonville and Gainesville.  Just two blocks east of U.S. Highway 301 in central Starke is the Call Street Historic District, which is listed in the National Register of Historic Places.  Get out of the car, take a short stroll along Call Street and discover several nice restaurants and antique stores.

The Eugene L. Mathews Historical Museum is located in the historic district at the old Bradford County Courthouse.  The museum showcases many items from the history of Bradford County.  The old courthouse is on U.S. National Register of Historic Places.

Starke hosts two popular festivals every year. The Strawberry Festival, which features “The sweetest strawberries this side of heaven,” is typically held during the first weekend in April.  The Starke Bike Festival with its motorcycle-related games, swap meet, live music, food, and contests occurs a few months later in August.

Starke has evolved over the years into a bedroom community of both Gainesville and Jacksonville.  Residents can take advantage of the job market in both communities without moving to either.  Tourists can also exploit this locational advantage by staying in the county while visiting both areas.  Consider the Starke Best Western or the nearby Hampton Lake Bed and Breakfast.  RV campers may wish to consider the Starke KOA.  The town has other lodging choices as well.

In addition to the historic district are several nearby attractions worth a visit.  The Camp Blanding Museum and Memorial Park is nearby.  The museum houses a collection of military equipment as well as a restored World War II barracks.  The park commemorates the U.S. Army divisions and regiments which trained at Camp Blanding during World War II.

If you enjoy breaking the speed limit in an entirely legal way, be sure to check out the FIRM, the Florida International Rally and Motorsports Park.  Located near Keystone Heights on over 400 acres, the FIRM is a European-style rally and road racing driver training facility.

Bradford County has several lakes of note.  Three lakes, Sampson, Rowell and Crosby, are located a few miles west of Starke.  Two of the lakes, Sampson and Rowell, are connected by a canal which is passable by small boat.  The three lakes are excellent for fishing (bring your own boat).

The 61-mile Starke-Lake Butler Loop bicycle route passes through Starke as well as through the small Bradford County communities of Hampton and Brooker on its way to Lake Butler and back again.

Interested in learning more about Starke? Check out the blog posts below! 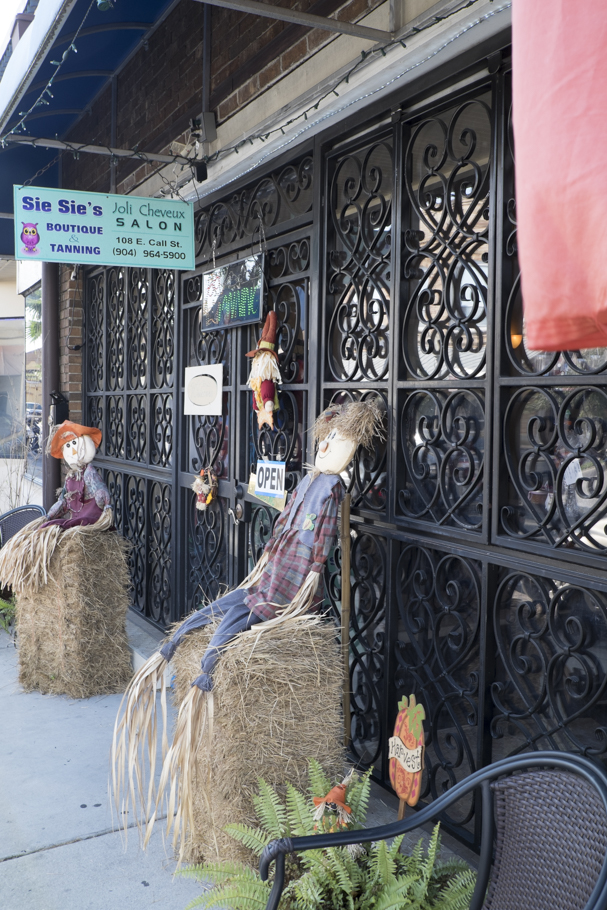 To By-pass....or Not By-pass? US301 By-pass Around Starke Relieves Traffic "Nightmare" in Bradford County 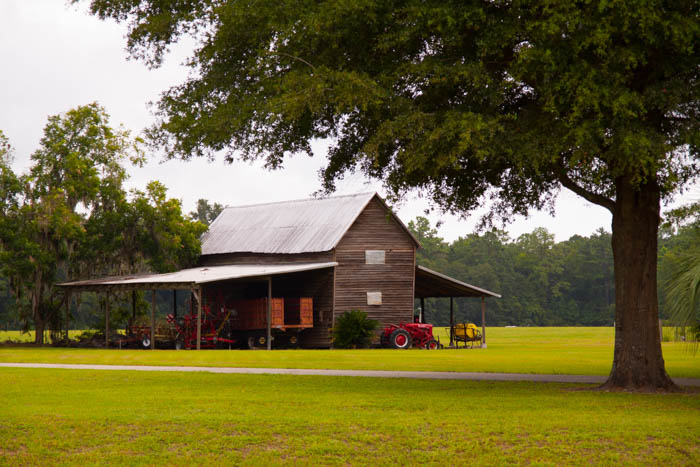 Starke, Florida Is Worth A Stop On Your Way South On US301 in Natural North Florida 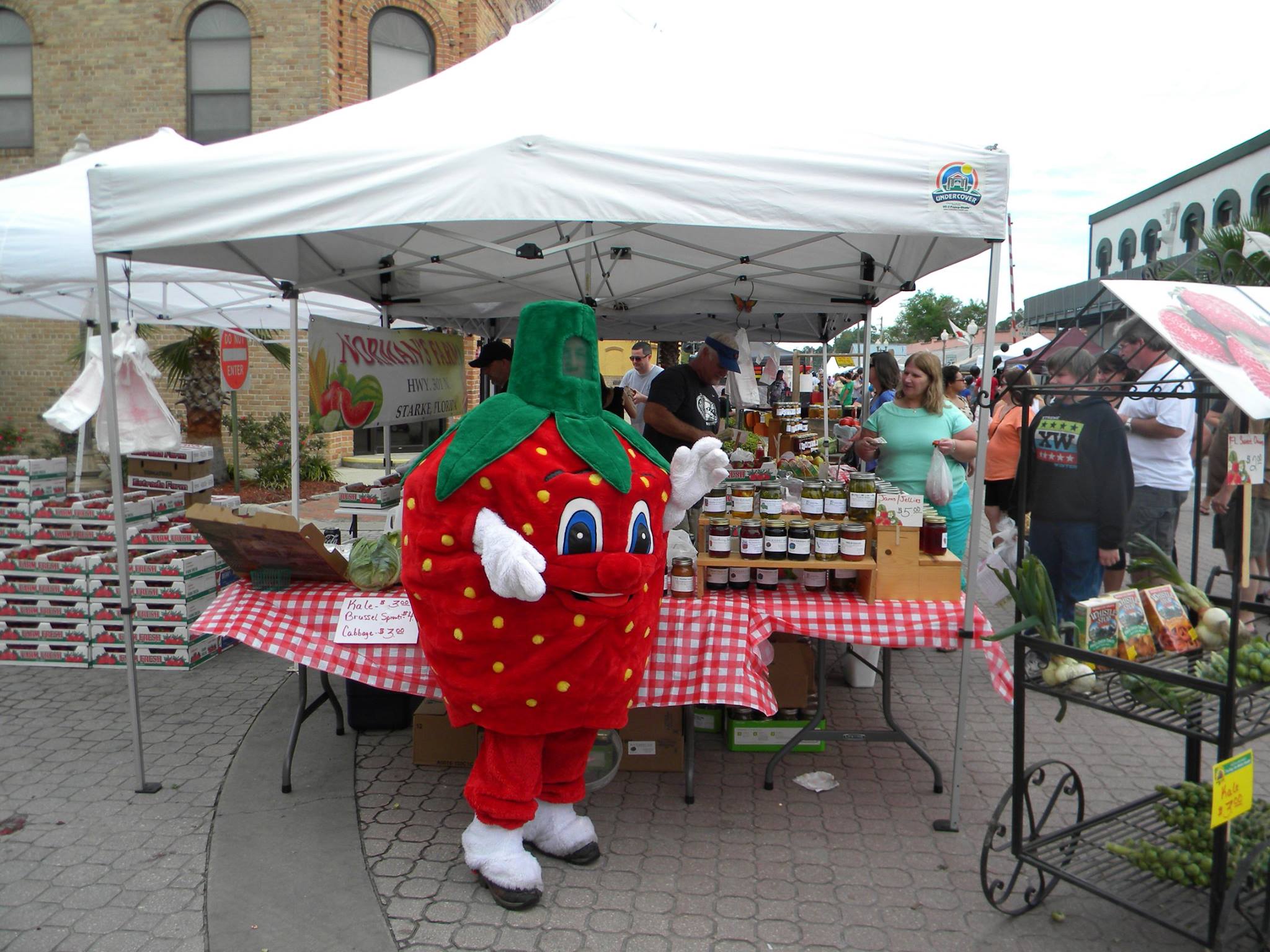 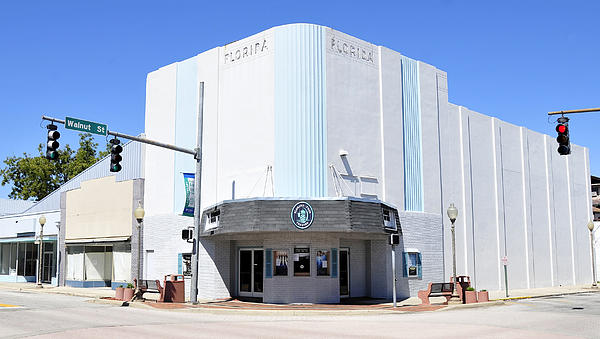 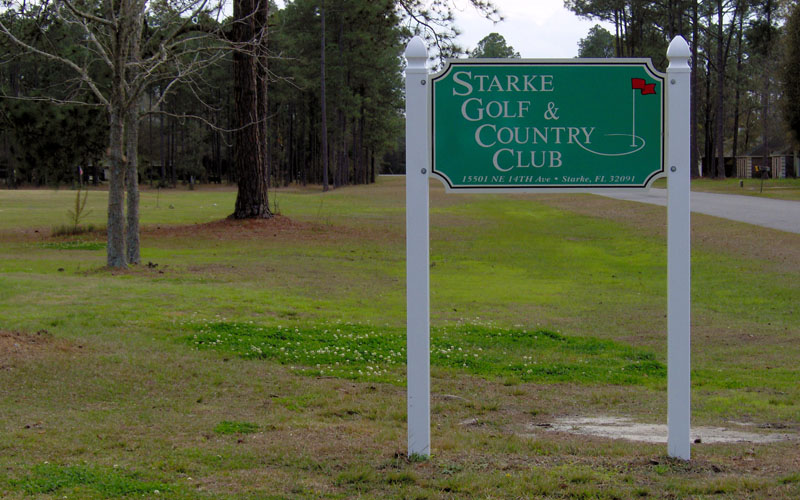 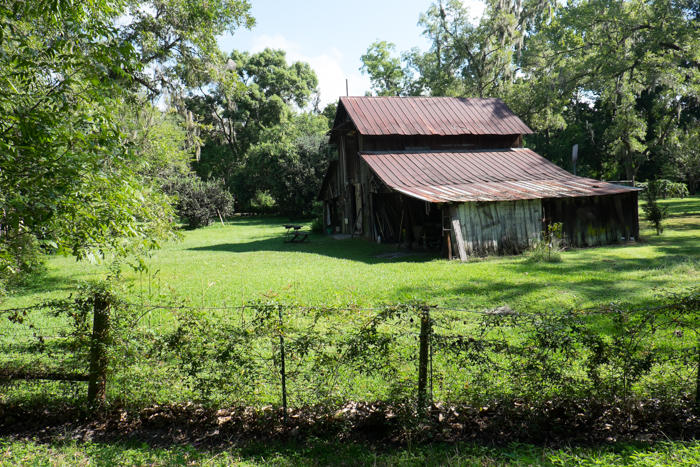 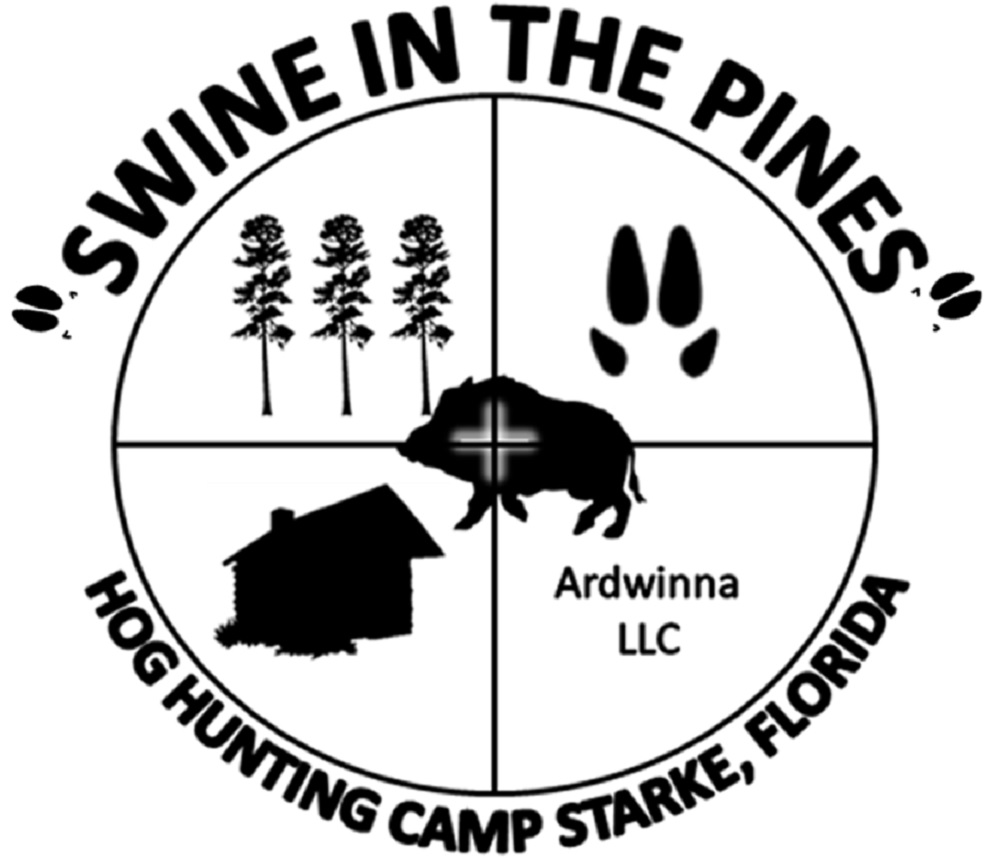 Add To My
Planner View More
Details
Swine in the Pines 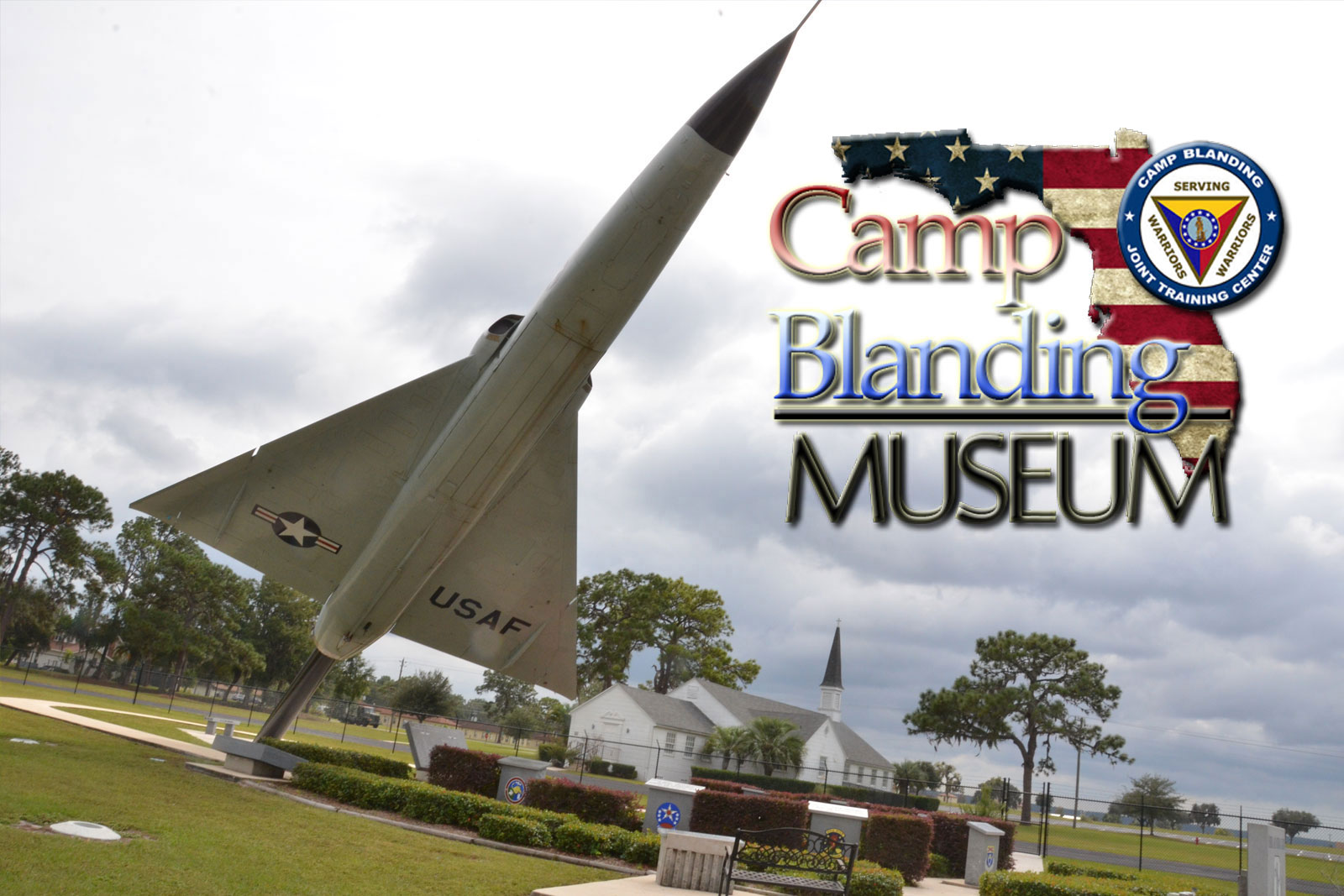 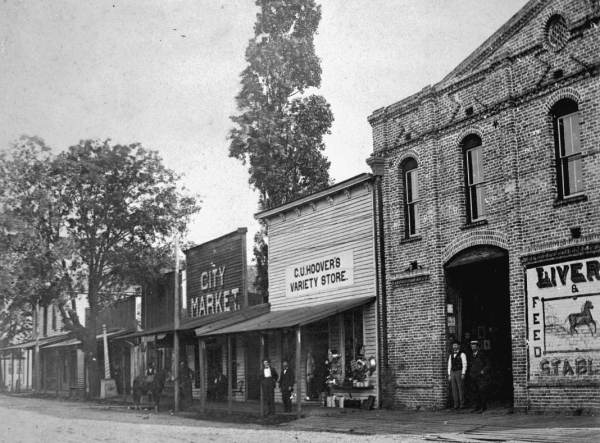 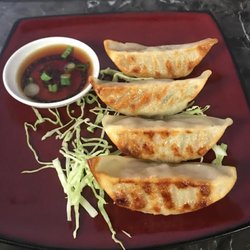 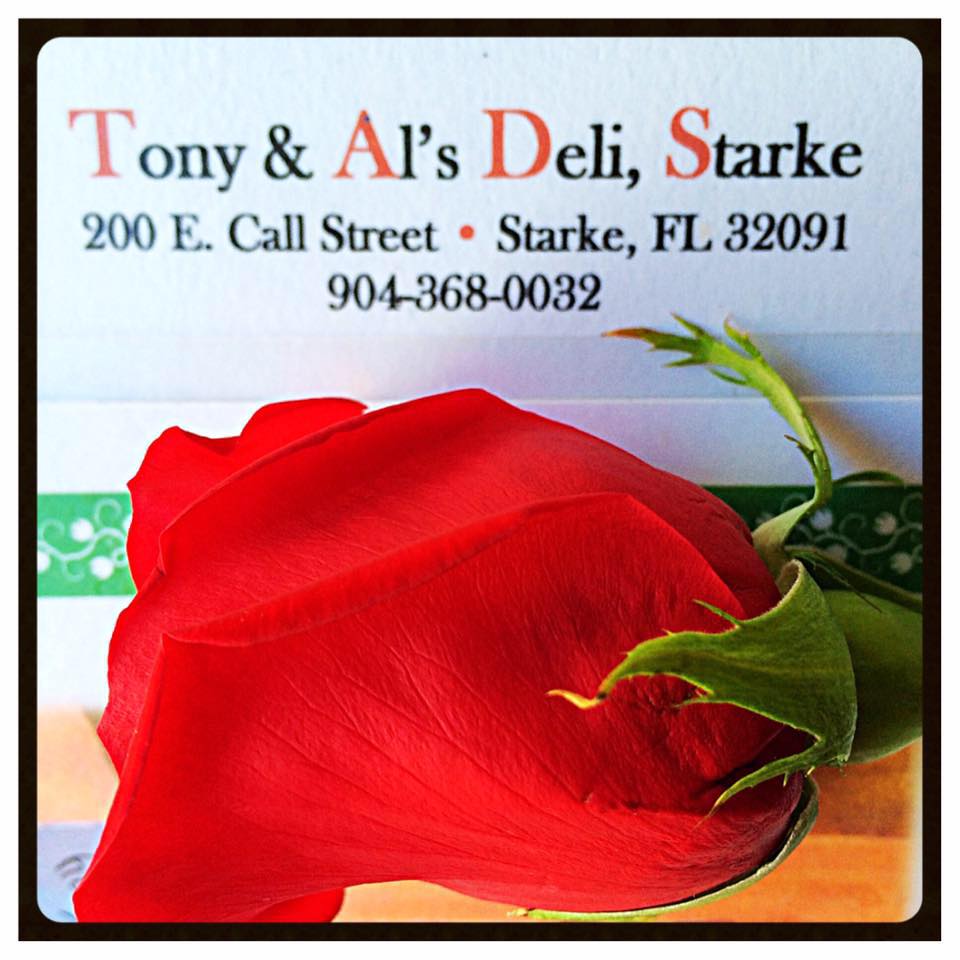 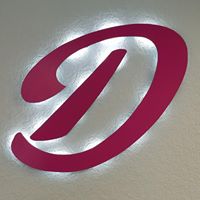 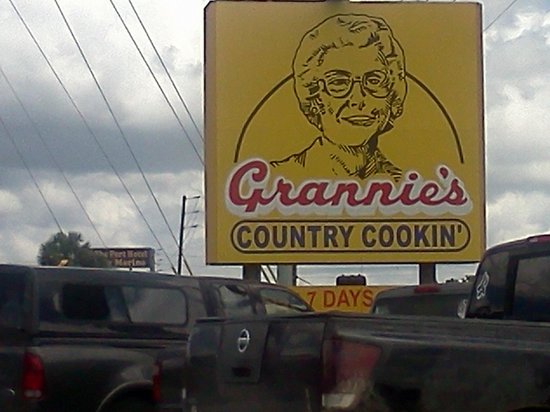 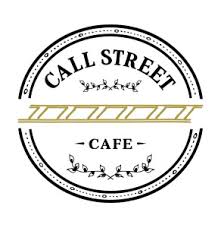 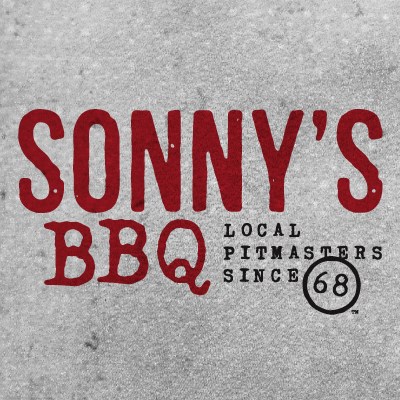 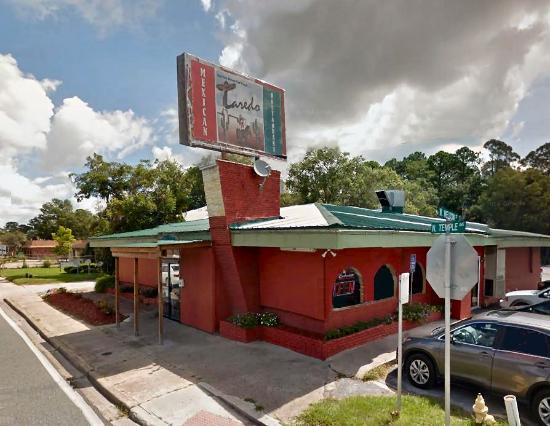 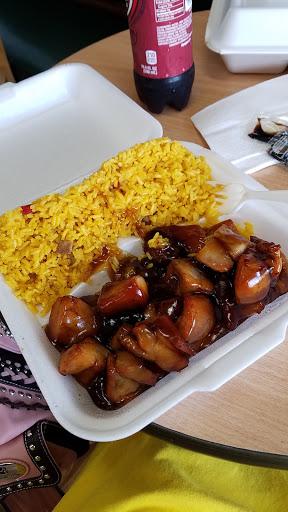 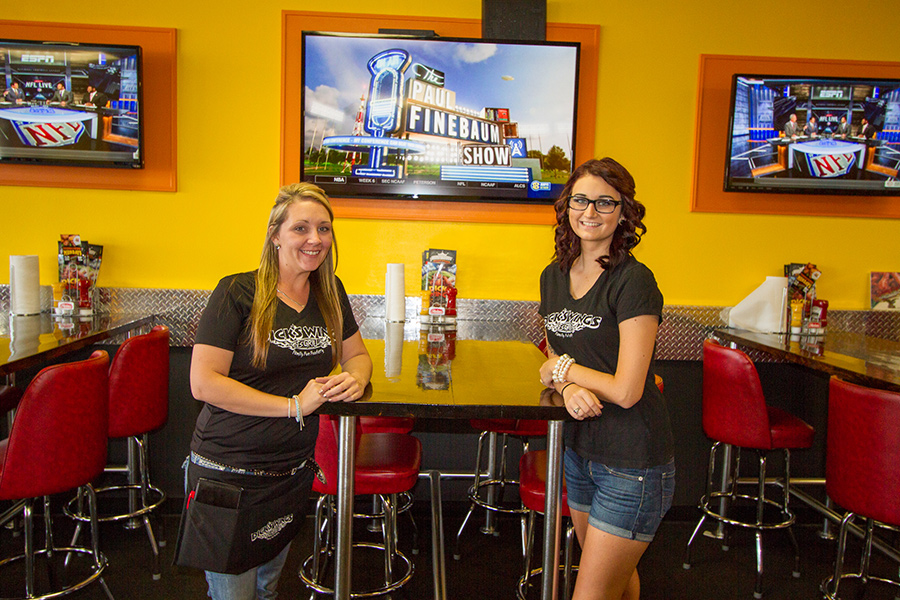 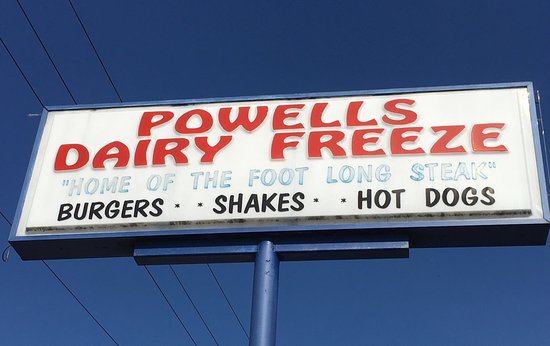 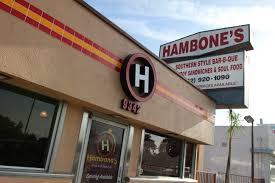 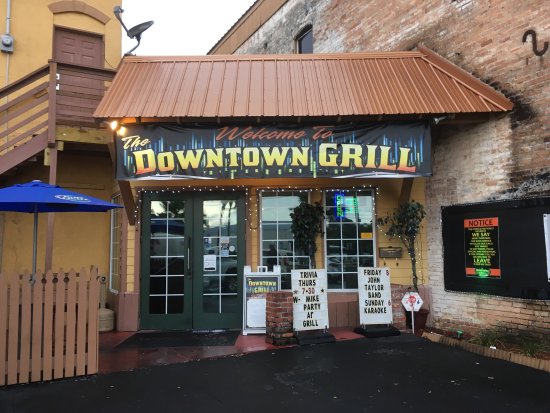 Add To My
Planner View More
Details
The Downtown Grill 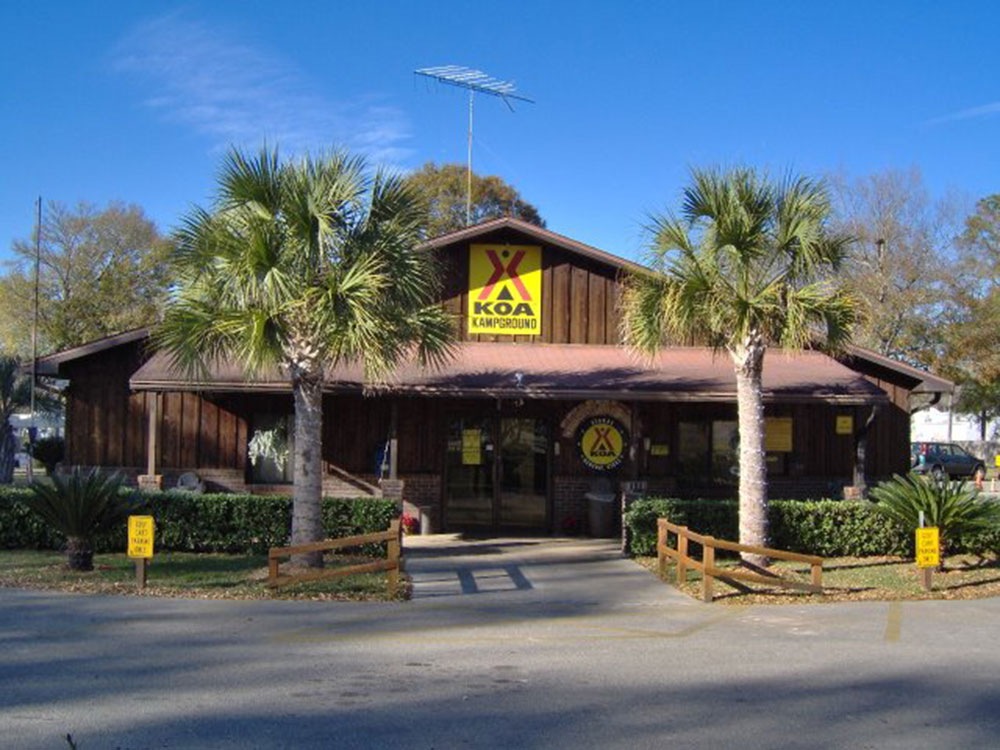 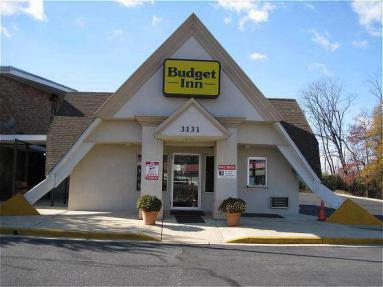 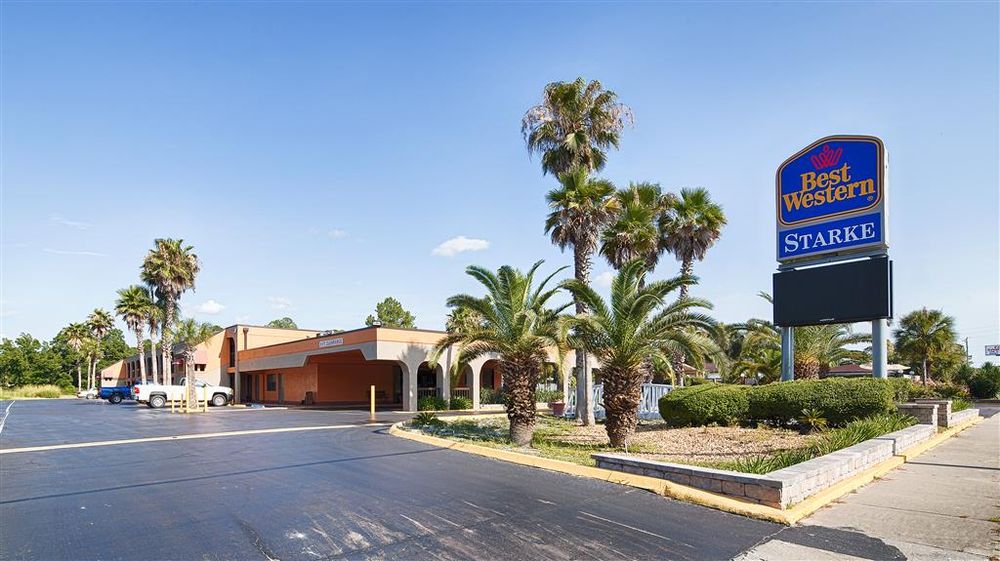 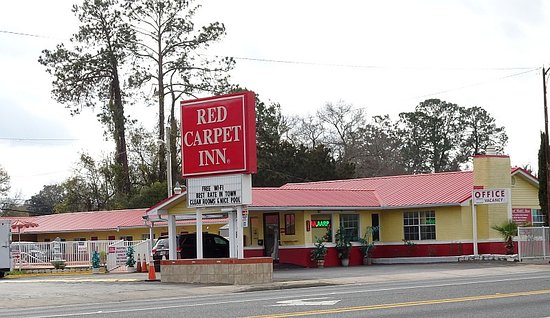 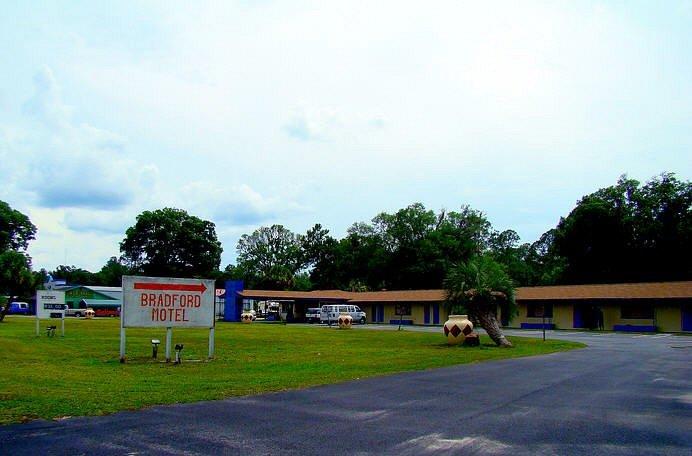 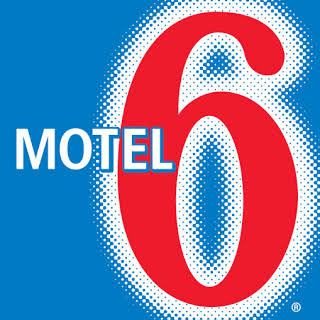 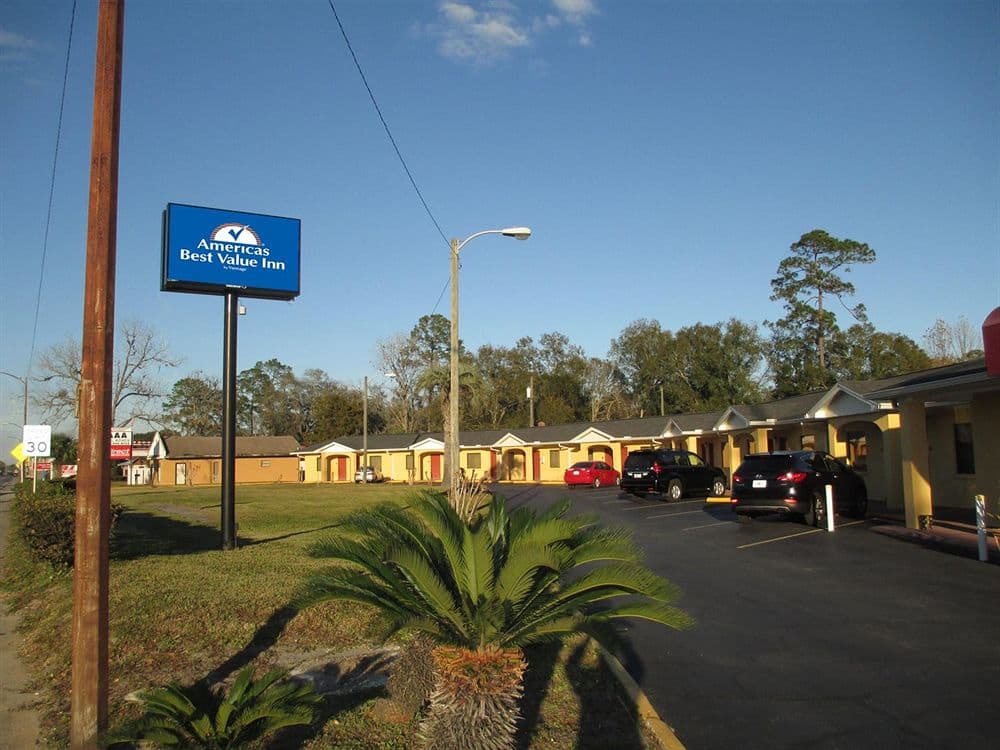