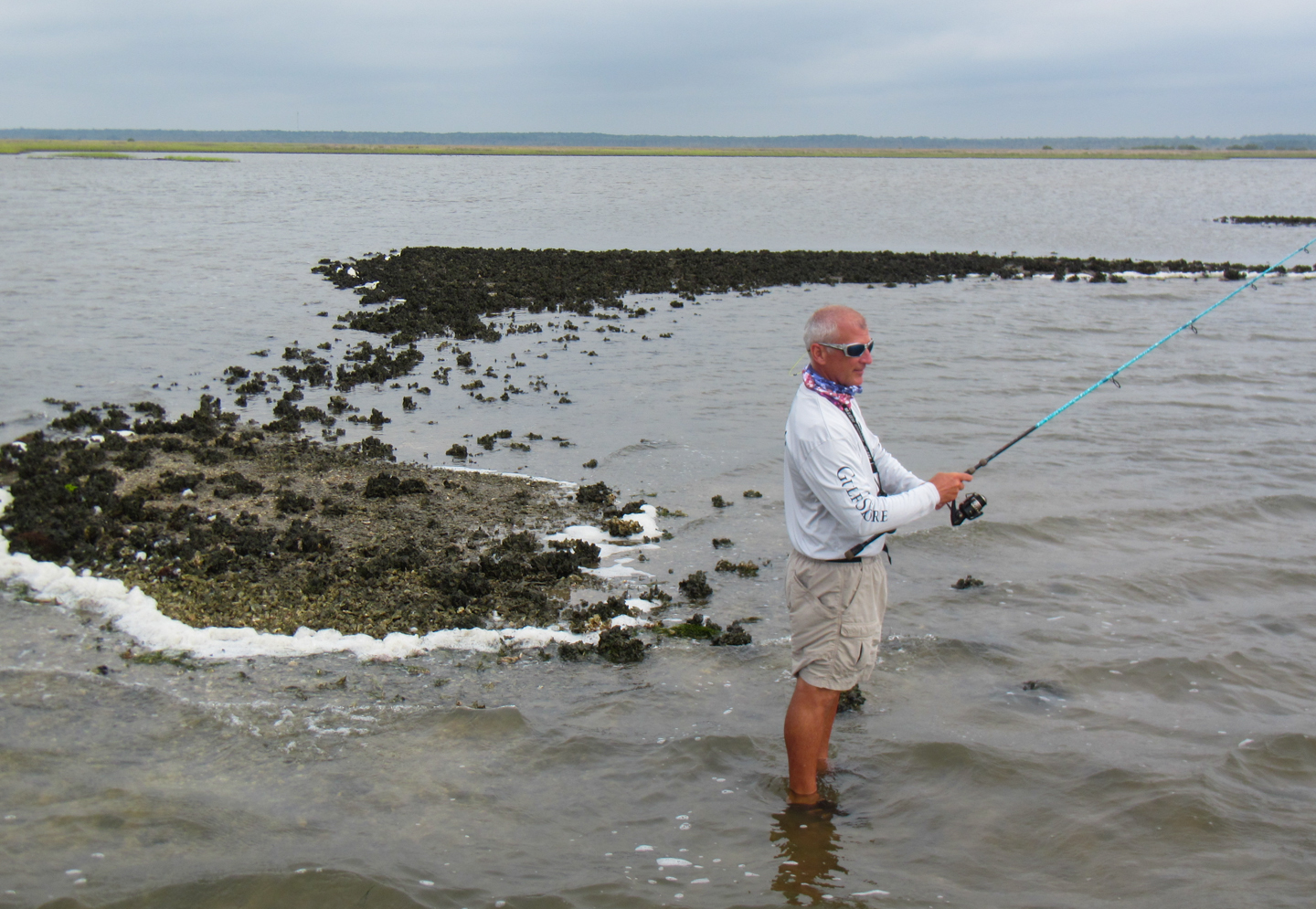 According to Dunnellon resident Buzz Phillips, who’s been fishing Waccasassa Bay his entire lifetime, the fishing’s not as good there as it was twenty or thirty years ago. That may be true, but the unspoiled waters reached by leaving the Waccasassa River are hard to beat when many other Big Bend ports are crowded with boats and eager snorkelers in search of bay scallops.   Don’t get me wrong–there’s nothing wrong with scalloping, but some of us really need to wet a fishing line every so often!

There’s not much “civilization” on the Waccasassa River. In fact, despite the private fishing club and public boat ramp located about a mile west of US19/98 on CR326 at Gulf Hammock (Located between the rural crossroads of Lebanon Station and Otter Creek) it’s still in the middle of nowhere. And that’s a good thing. As you travel out the river, you’ll see what many consider the most beautiful stretch of untouched north Florida. And upon reaching the river’s mouth, you might find your boat one of the few along the rugged coastline between Yankeetown and Cedar Key—even on a “busy” weekend day.

While there are some undefined boundaries here, I consider Waccasassa Bay to include the waters between Yankeetown and Cedar Key, in Levy County. It’s unique position on Florida’s Gulf coast acts as a natural catch basin for bait, pushed into the bay by tidal flow. And the outflow of the Waccasassa River, the Withlacoochee River and numerous feeder creeks provide just the right amount of fresh water to create an oyster-encrusted shoreline that’s well over 25 miles in length. Those two facts combined are the basis for an exceptionally rich fishery.

As you exit the river, you’ll encounter several channel markers, now privately maintained, to guide you through the shallow bars making up the Waccasassa Reefs. Once you leave the “channel”, you’re on your own, with ten or twelve miles of rugged shoreline to your north. Proceed with caution, and don’t bring your big boat. Here, shallow draft vessels and airboats find comfort among the rocks, oysters and shallow bottom. Afternoon low tides during summer months are usually extreme, but more so here, where 3-foot depths are the rule, rather than the exception. As you approach the northern shore, be on the lookout for rows of bars several hundred yards out and parallel to the shore. Those bars create the ebb and flow of water and bait that interest big redfish, gator seatrout and big black drum. One good bet is to cast topwater plugs near and over the bars east of Tripod Point. If you think the north shore of the bay is rugged, wait until to venture south from the river’s mouth towards the mouth of the Withlacoochee River. You’ll encounter a similar fishery as that to the north, but the number of miles of shoreline is amplified by the jagged landmass that makes up Turtle Point and Eleven Prong. If, after several trips, you tire of fishing those points, ease your boat south and east into Lows Bay and try the mouths of Spring Run, Demory and Jones creeks.

While Waccasassa Bay’s big attraction is the nearshore fishery, there’s still plenty of action out in the middle of the bay. Take a look at a #019 Florida Sportsman Fishing Chart (Suwannee) and you’ll see a stretch of deep-water sloughs and holes southwest of the mouth of the Waccasassa River. Those spots hold cobia and tarpon in the summer months, and hordes of slot-sized seatrout infest the vast grass flats that stretch all the way west to Cedar Key.

Waccasassa Bay can be accessed not only from the public ramp upriver, but also from the ramps in Cedar Key or at the end of CR40 in Yankeetown. In any case, be sure to pack your GPS to help you on the trip back to port. This bay is bigger than it appears on charts, and unless the weather’s perfect it may be hard to see land, or the familiar landmarks of the power plant at Crystal River or the water tower at Cedar Key, from the middle.