If, on a fishing trip to the Jefferson County coastline, you think you’re the first human to ever see this shoreline, you’re wrong. This rugged 6-mile stretch of our Big Bend is now, for the most part, uninhabited and relatively unfished, due in part to the fact that it’s rocky and shallow. But now we know, thanks to recent work by archaeologists and anthropologists working up the Aucilla River, that humans inhabited this area 14,500 years ago—butchering mastodons—and maybe even fishing. That’s fifteen hundred years before anyone thought Paleo-Indians traveled over the land bridge between Siberia and Alaska and settled in the American southwest.  So, the lesson for us is that no matter how deserted an area of Florida we fish, there’s likely been someone there before us.

One reason this area doesn’t feel much pressure from contemporary anglers is that it’s difficult to access. The Aucilla River forms the eastern boundary of Jefferson County, and it’s mouth is a good place to start your adventure, offering some nice structure in the form of a grassy shoreline.  To get there, know that it’s a 10 nautical mile run east from the mouth of the St. Marks River (and civilization) to the mouth of the Aucilla. And if you depart the first-rate county ramp at Keaton Beach, south in Taylor County, you’ll need to run 25 miles northwest, along the one-fathom curve on your chartplotter or Florida Sportsman Fishing Chart # 21. There are a few closer launch spots, including one right on the Aucilla River at Mandalay, south of US98. There’s also one 5 miles south, on the nearby Econfina River at the State Park. Both these ramps are suited to small powerboats or paddle craft. Both these rivers are dark with tannin. And rocks can be a hazard, especially on lower tides.

Once you’ve arrived in the Aucilla neighborhood, it’s time to get fishing. It goes without saying that with this short craggy coastline and with the one-fathom line running about 2 miles offshore, that this is essentially an inshore destination, with spotted seatrout and reds your main target.

I recommend you start your day close to the shoreline this month, as there may be some boat traffic by scallopers searching for their prey over the deeper flats. Of course, higher water is essential for navigation and the best close-to-shore times will be early mornings on flood tides, when redfish and big sea trout hunt.   But early or late, the crest of the tide is best, as during the following first hour of the falling tide small fish and crustaceans will wash out of the marsh and creek mouths. Head just west of the Aucilla’s mouth to the deeper creeks, Pinhook and Sulfur. Or head south into adjacent Taylor County to the shoreline south of Green Point. All of these places are are relatively shallow, even on high tide, making them perfect for topwater plugging. There’s nothing quite like a big red or trout crashing one of MirrOlure’s new Paul Brown Soft-Dog topwater lures as it scoots along the grassy shoreline. The plugs are heavy and generally better handled with spinnng rod-and-reel combos in the 4000-class, but they’re perfect for long, stealthy casts when the water’s calm. The best color? My money’s on the #01, chartreuse with a white belly and a red throat. If you’re not a topwater enthusiast, another good choice of baits is the weedless ¼-ounce Eppinger Rex spoon with a red feather. You can cast them into the “bushes” and safely drop them along the grassy edge. And there’s no real science to using them. A simple, slow and steady retrieve will excite reds—and even big hungry trout. 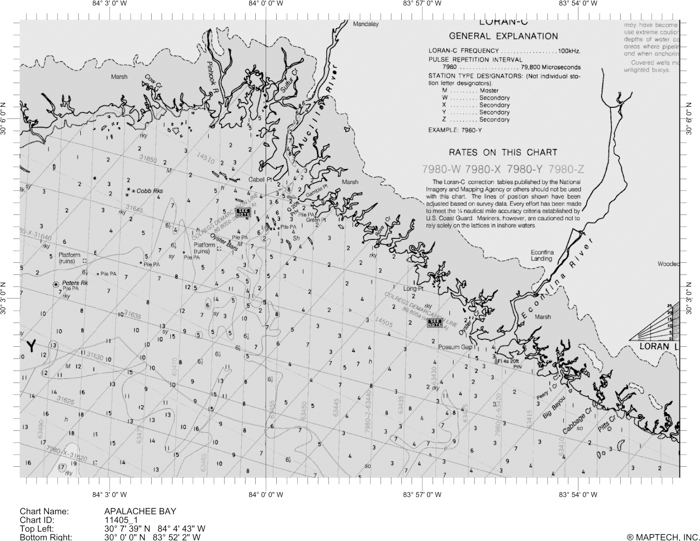 Lighten your tackle into the 2500 or 3000-class if you’re mostly interested in trout fishing the flats here. Don’t forget your heavier gear, though, and keep it rigged and ready with a rubber eel or live pinfish should a big cobia gets curious and swims near your boat. The flats off Jefferson and adjacent Wakulla counties are the northernmost end of the 900,000+ acre Big Bend Seagrasses Aquatic Preserve where you can expect to find an abundance of keeper seatrout as well as Spanish mackerel and bluefish. And, if you can find a spot where the water’s clear, you’ll be able to see and harvest your limit of scallops. Out in the 4 to 6-foot depths you can expect the water to be a bit coolor than it is shallower, so soft plastics (I like the 3-inch D.O.A. #329 shad tail CAL) jigged just over the grass tops or suspended under popping corks are a good choice. Make a drift with the tide or the wind, and be sure to hit the “man overboard” button on your depth finder when you find a bunch of fish.