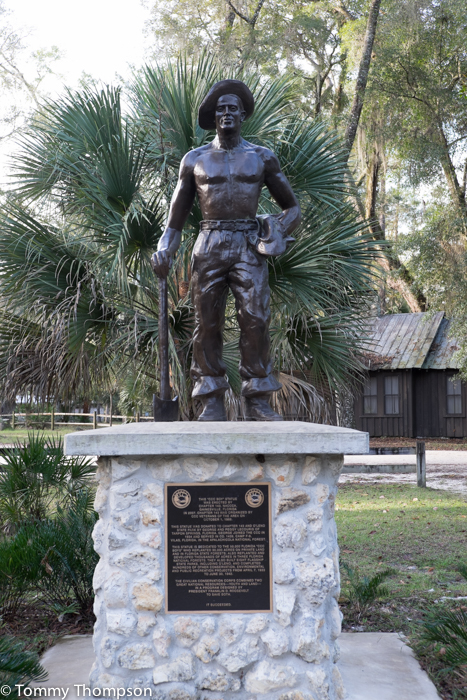 One of Florida’s first state parks, O’Leno State Park was first developed by the Civilian Conservation Corps in the 1930s. The park is located along the banks of the scenic Santa Fe River, a tributary of the Suwannee River, and features sinkholes, hardwood hammocks, river swamps and sandhills. As the river courses through the park, it disappears underground and reemerges over three miles away in River Rise Preserve State Park. 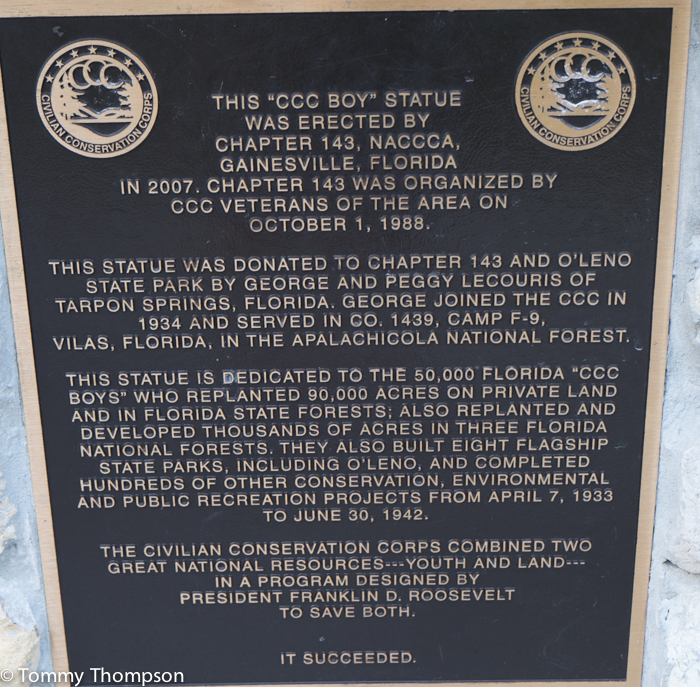 O’Leno State Park offers visitors the opportunity to unwind in a natural setting. Visitors can enjoy a day of hiking or biking on the park’s shaded trails. The Santa Fe River is a beautiful spot to launch a canoe or try your hand at fishing along its banks. Pavilions are located along the river’s edge, providing a serene backdrop for picnicking and relaxing. The shady, full-facility campground is the perfect place for a relaxing overnight stay. O’Leno State Park is located on U.S. 441, six miles north of High Springs, in southern Columbia County 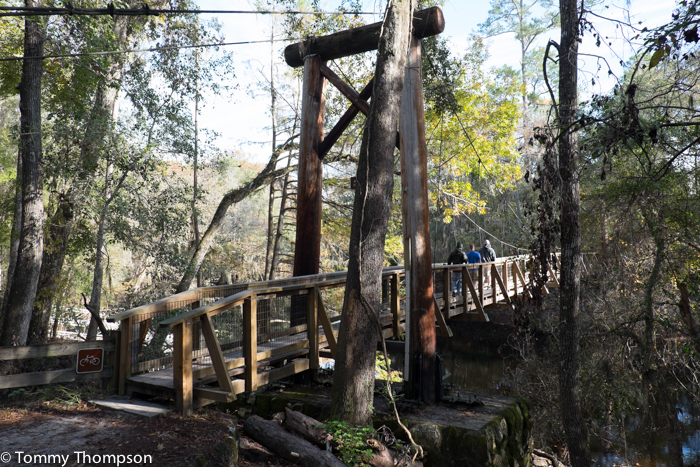 “In the mid 1800s, the town of Leno was founded along the banks of the Santa Fe River. The town was originally named Keno after a popular gambling game at the time. In 1876, Colonel Whetstone applied for a post office for the town of Keno and was denied due to the name and its relationship with gambling. The Colonel then had the name changed to Leno and was granted the post office. The town was an industrious town, consisting of two grist mills, a saw mill and six cotton gins. The town also had a general store, a hotel, a livery stable and a doctor’s office. In 1894, the S, F & W Railroad was diverted to pass through Fort White instead of Leno. This led to the eventual demise of the town, and by 1896, everyone had moved away.

Although the town was no longer inhabited, the area was still a popular place for residents of nearby towns and farms to meet for picnics and swimming. It was often referred to as “Old Leno” which was eventually shortened to O’Leno, the name that is still used today.

By 1935, the Florida Forest Service had purchased the property where the town had been located. The site of O’Leno State Park was initially chosen as the location of a Florida Forest Service camp with the goal of providing forestry training and education. Development of the camp started as a Works Progress Administration project using unemployed labor from the High Springs area. In July 1935, the Civilian Conservation Corps installed workers from Company 418. Camp P-67, to assist WPA workers at O’Leno. Development of the site progressed rapidly and between 1935 and 1936 the CCC cleared land, built roads and trails and constructed many of the buildings found in the park today. In late 1936, the CCC enrollees were withdrawn as the project neared completion and WPA labor became unavailable.