…and it promises to be a banner year for scallopers at Horseshoe Beach, Steinhatchee, Keaton Beach and St. Marks! 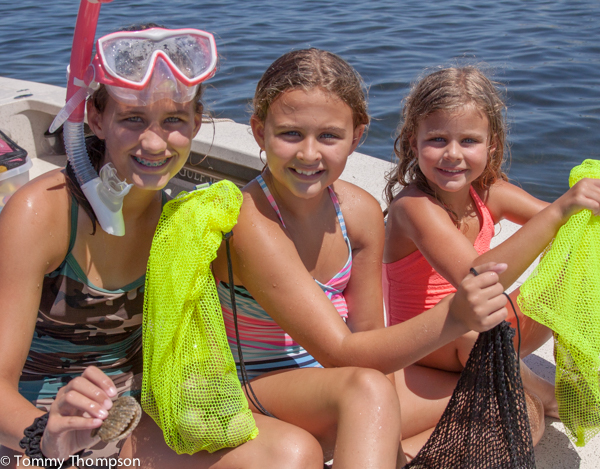 The official abundance survey for bay scallops was released on June 24, and the numbers for Dixie and Taylor counties (Horseshoe Beach, Steinhatchee, Keaton Beach) showed a near 300% increase since last year.  Wakulla County’s numbers were down, but still within ranges to suggest that it will be a good year at St. Marks. 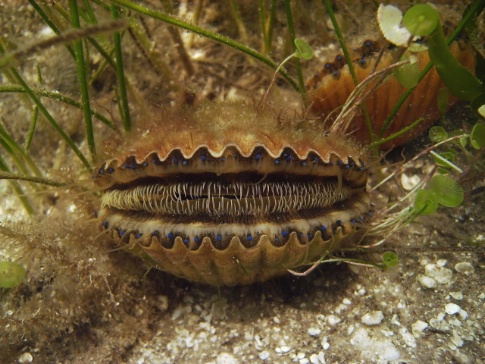 Several conditions are important to the success of bay scallop populations.  Clear salty water is one, and the waters from Keaton Beach south to Horseshoe Beach are exceptionally clear this year.  And with just a few rainy spells, salinity has been stable and good.  Another important consideration is the health of the sea grasses. This year has seen a rebound in the growth of the grass beds that stretch along the entire Big Bend coastline. Finally, strict management of the resource by Florida’s Fish and Wildlife Conservation Commission (FWC) has helped the scallop population remain stable and allowed for continued spawning.  Bag limits are strictly enforced and if scallop populations decline or fail (like in St. Joe Bay in 2016), entire fisheries may be shut down.  For some scientific information about scallop populations, click HERE

If you don’t like crowds, you might want to stay home and not go scalloping.  Steinhatchee is the epicenter of Big Bend scalloping, and 1500 boats were expected to be on the water on opening day.  That means that marinas and boat ramps were overflowing, and that there were long lines at restaurants.  It’s a crazy, but fun event until it ends on September 24th.

For a good overview of scalloping, take a look at: