I’ve had to explain the term “Looper” to lots of folks lately.  And when I do, they’re often amazed at the feat these travelers accomplish.  Here’s concise definition (Albeit from Wikipedia, sometimes an unreliable source!) that often cite:

“The Great Loop is the continuous waterway that encompasses the eastern portion of North America including the Atlantic and Gulf Intracoastal Waterways, the Great Lakes, the Canadian Heritage Canals, and the inland rivers of America’s heartland. It is a 6,000-mile journey.

People traveling the Great Loop are known as “Loopers”. The number of people attempting this voyage is growing as the adventure is attracting a younger demographic in addition to retirees. America’s Great Loop Cruisers’ Association (AGLCA) estimates that approximately 100 boats complete the Great Loop each year, making it a feat more unique than swimming the English Channel or climbing Mount Everest.

Loopers have used everything from kayaks and dinghies to sailboats and powerboats to complete the Loop but some factors have to be considered when purchasing a vessel for the Great Loop. For instance, there is limited water draft in some locations and a fixed bridge near Chicago charted at 19.6’, so a thorough understanding of the route and its limitations is necessary to make an informed decision on what vessel to use.” 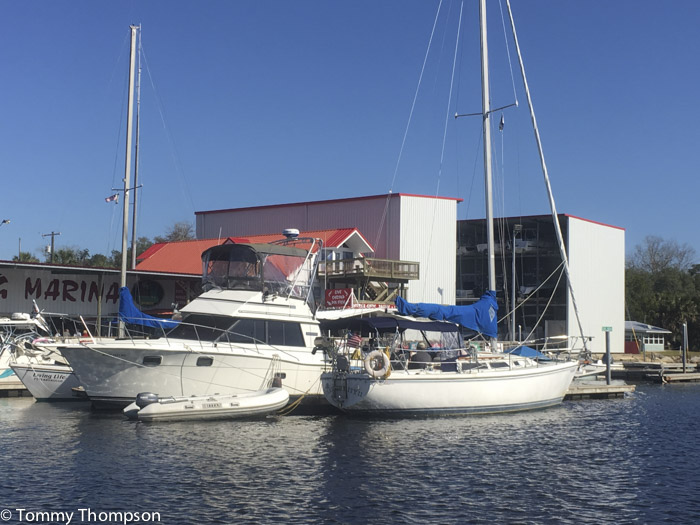 While there are lots of ports available to sailors making their way along the inland rivers and the Intracoastal Waterway (ICW), there’s a long stretch of relatively unsettled coastline from Carrabelle, Florida to the beginning of the Gulf ICW just north of Anclote Key in Pinellas County,  So it’s not a bad idea to know what ports have the depths and services you might need when making this crossing.

While there are several rivers inshore of the direct route south from Carrabelle’s East Pass, the first navigable channel is at the Steinhatchee River.  Here, the controlling  depth is 5.5  feet MLW in the channel and at the turning basin. (FYI, the semi-diurnal tidal range at Steinhatchee is about 3 feet.) And this river is the only one with full and accessible marine services unless you’re willing to run all the way to Tarpon Springs and the Anclote River.  There is a channel at Horseshoe Beach but access to the marina is limited.  The Suwannee River’s NW (McGriff) channel has some shallow spots and there are no accessible marine services at either Cedar Key or Yankeetown.  That said, if you need fuel, repairs, a square meal, or a place to tuck in out of the weather for a few days, consider docking at the Sea Hag Marina in Steinhatchee. 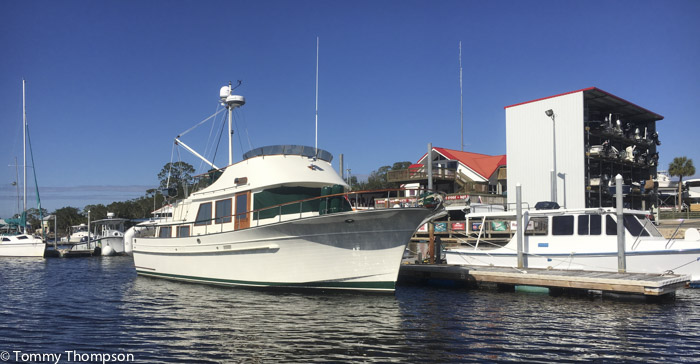 The Sea Hag is a modern marina at Marker 47, with good dockage for a limited number of cruisers and sailing boats.  Full shore power is available, as is diesel fuel and gasoline.  The Ships’ Store is well stocked with marine parts and accessories.  And it’s a short walk or bike ride to the local grocery store or some excellent restaurants.

Be sure to call ahead to reserve a berth if you’re headed into the Steinhatchee River.  The marina monitors VHF Channel 9 and cell coverage is decent near the mouth of the river.  The telephone number is (352) 498-3008.