Florida’s Union County isn’t big.  In fact, it was originally part of several other counties, and its history can be confusing.  In an effort to simplify matters and not “rewrite history”, here’s a direct quote from the county’s current website:

“The area that is now Union County, Florida was originally part of St. Johns County when Florida first became a territory of the United States in 1821. In 1822 Union became part of Duval County. From 1828-1832 the area that is now Union County was part of Alachua County. Upon its creation in 1832, Columbia County encompassed the area of Union where it remained until 1858. In 1858 New River County was created and the town of Lake Butler was designated as the county seat. In 1861 the name of the county was changed to Bradford in honor of Major Bradford, the first Confederate officer from Florida to lose his life in the Civil War. After the war, several elections were held to determine if Lake Butler or Starke should be the county seat. In the late 1890’s Starke won the site election and was named the county seat. In 1921, rather than have another site election, Bradford County was divided in order to form Union County.

On May 20, 1921, an act providing for the creation of Union County was presented to the State Legislature. The part of Bradford County at the Baker County line where the bed of New River intersects, following a southwesterly direction to the bed of the Santa Fe River was given to Union County. On October 1, 1921 Union County officially became the 61st county of the State of Florida comprising 246 square miles. The name “Union” was chosen as the name of the county to express its unity after years of strife and division.”

Now that it’s “official” that Lake Butler is the county seat, know that it’s also the economic and political center of the area, known primarily for timber, trucking and functions as a bedroom community for local regional towns like Gainesville, to its south.  The town of Lake Butler sits alongside its namesake, known for some pretty good fishing. 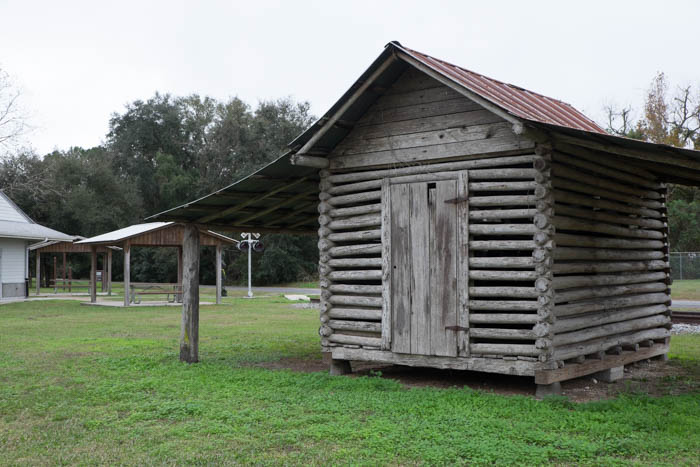 A walking or cycling tour of Lake Butler will reveal several historic homes, buildings and even a pioneer settlement that’s alongside the Palatka to Lake Butler State Trail, a short and under-construction multi-use cycling and hiking route.

While in Lake Butler, you may wish to visit the  James W. Townsend House, a U.S. historic home, located at 235 Southwest 4th Avenue, south of SR 100. On February 29, 1996, it was added to the U.S. National Register of Historic Places.