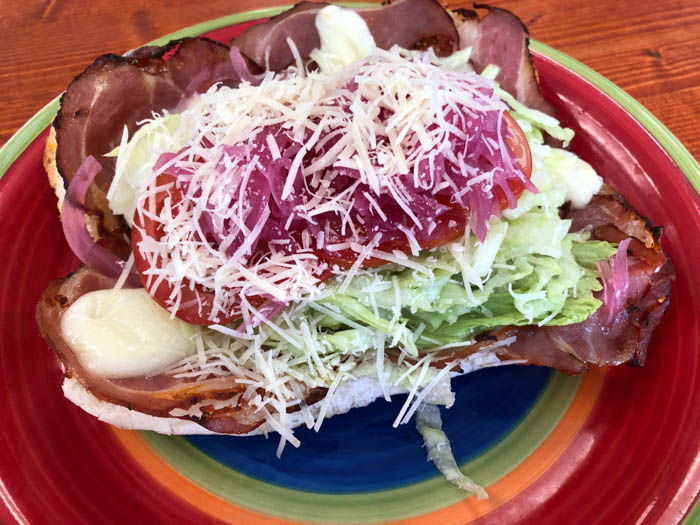 The “food scene” in Gainesville has always been pretty good and varied. However, with Adam and Tatiana Fehrenbacher’s Artison Sausages and Butcher Shop now open, your choices now include a shop with a true European flair.  Located just west of downtown Gainesville at 411 SW 4th Avenue, the shop is part of the developing strip shopping center known as the 4th Avenue Food Park.  Other tenants will soon include Opus Coffee, Amanda’s Traditional Bakeshop, Humble Wood Fire Pizza, and Cilantro Tacos. 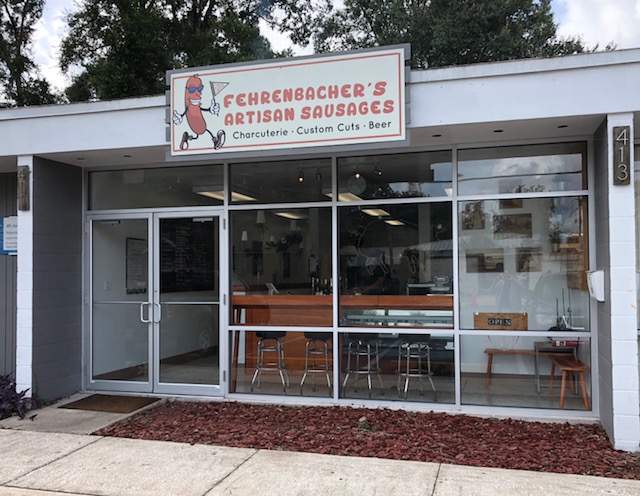 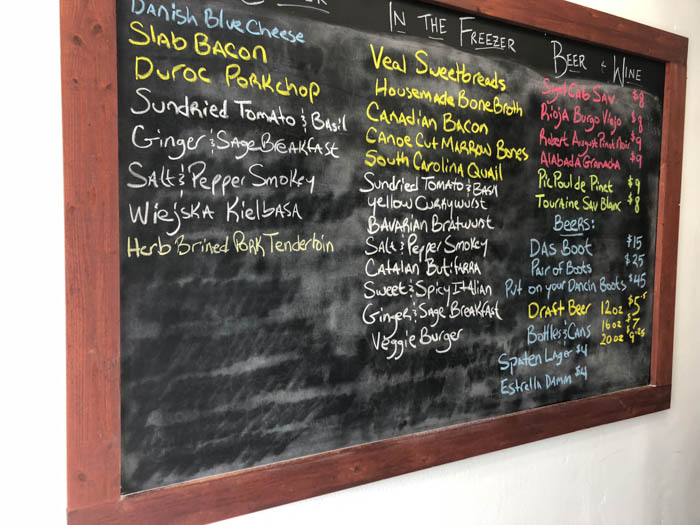 Fehrenbacher’s offers a selection of butcher cuts of prime meats, as well as sausages.  With about 60 types of sausages, many are fresh, but others are available frozen.

If you’re looking for a quick recipe, brown a few (they weigh about 1/3 pound each) of Fehrenbacher’s Italian sausage in  a large skillet.  Then add a chopped onion, a handful of sliced Roma tomatoes and a sliced bell pepper.  Season with salt, pepper, oregano and tarragon.  Add some chicken stock or wine to cover sausages and  cook until veggies are soft.  Serve with grated Parmesan cheese over fettucine or linguine pasta.  Yum! 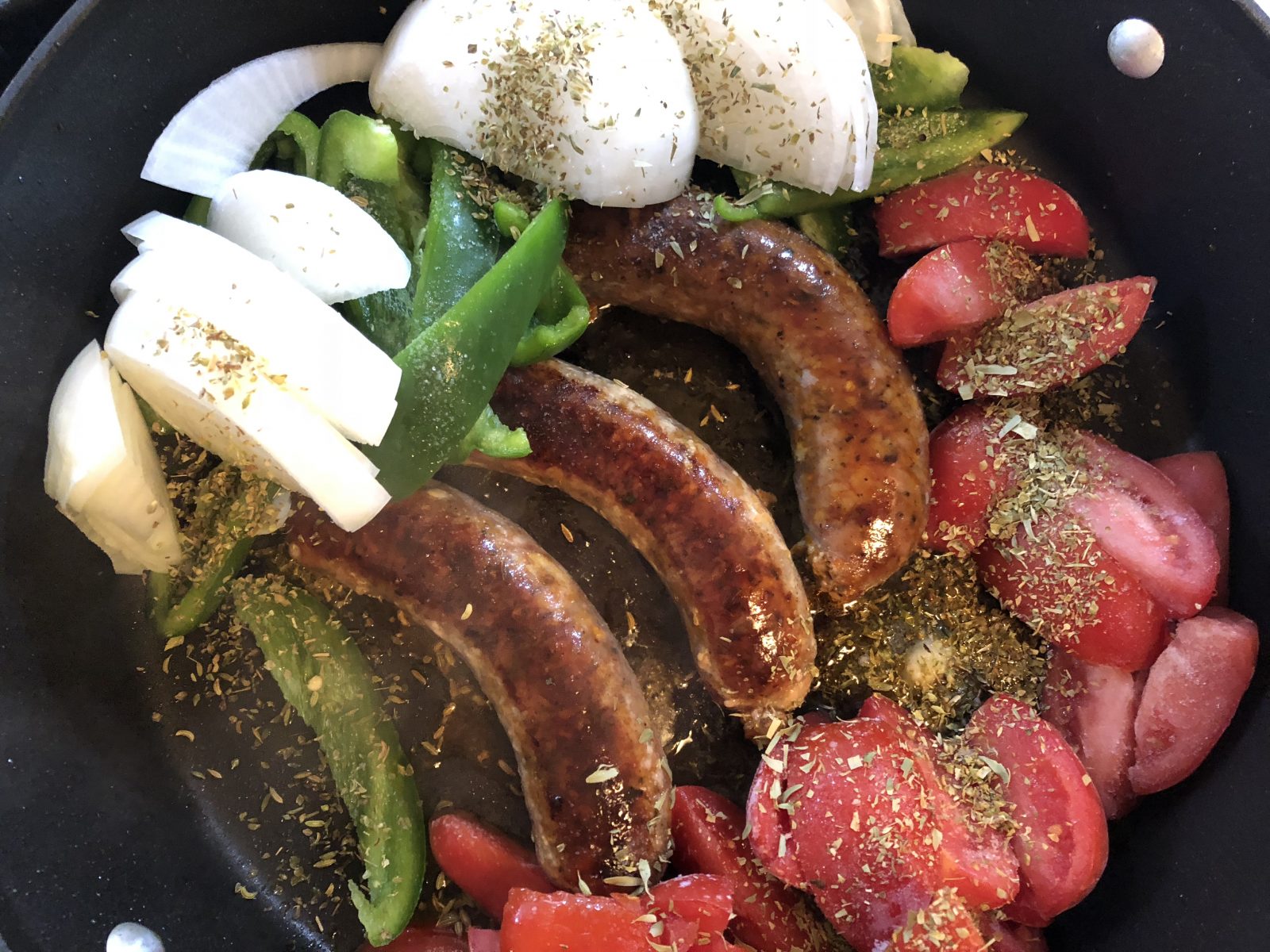