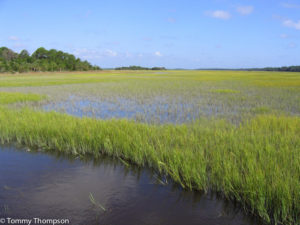 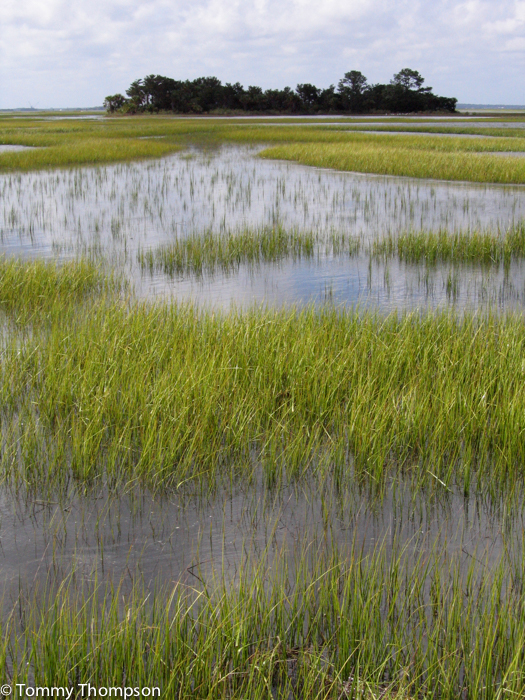 Fishing mid-day high tides, like the ones we’ll have the weekend of October 29 and 30 (Halloween weekend!), can be a good thing—fish move closer to shore and can’t get any farther, making it easy to catch both big reds and trout up tight and into the Big Bend creeks, provided you can boat shallow. And a bad thing—once the tide is high at mid-day, the fish that remain on the flats and are in depths accessible to most inshore anglers get spread out and are harder to target. Offshore anglers will no doubt benefit from the cool weather this week and from the slow moving tides.

While the water temperatures are cooling, they’re still probably warmer than normal, meaning it’s pretty important for inshore anglers to get out early and look for reds and trout that typically feed early in warmer waters. They’re still cruising the close shorelines—reds in schools and loner “gator” trout. And notice that the sea grass beds are still alive, holding mullet and pinfish (and even a few leftover live scallops!). You’ll also see small sharks and big rays. All are signs that it’s only late summer and not yet fall. “Early” may not mean the same as “early” meant last week when the weather was downright hot. It may mean 9 a.m. rather than “first light,” giving you an extra hour or so to sleep in, eat a hearty breakfast or wait in line at the boat ramp.

If you want to catch the bigger inshore fish, and I assume most of us would rather cull out the over-slot fish than the under-slot ones, ease your boat as close to shore as you can and let the rising tide (and hopefully a helpful breeze) move you towards shore. Just as you have a comfort level of a certain amount of water under your boat’s keel, reds and trout have a comfort level of water over their backs. Based on my experience, 12-inches of water will hold both big reds and big trout to the extent that their dorsal fins sometimes are out of the water. If reds are tailing, they’re usually a bit deeper, but not much. In either case, look for movement in the water if the winds are calm, and ALWAYS throw a plug near any sign of “nervous” water or ahead of any wake. Even if it’s a shark, ray or school of mullet, the reds and trout are likely close—scavenging and always at the ready for a small plastic baitfish imitation. As the tide falls through the afternoon, try to judge what depth you found the fish during the morning “rise” and follow the fish out, remembering that they’ll likely spread out when they get offshore.