Florida has one of the few recreational scallop harvests in the US, and it’s all centered around Natural North Florida’s Big Bend.  While the scallop region extends from Gulf County (in the panhandle) to the Anclote Key lighthouse (off Tarpon Springs), the epicenter of the harvest is in Dixie and Taylor counties, west of Gainesville. 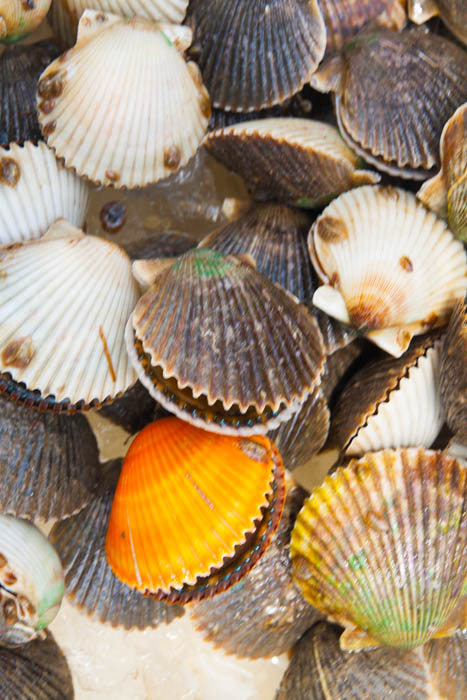 The areas where bay scallops spawn close to shore each year can change.  Often, the lush grass flats expand or contract, and in some years excessive rainfall and outflow from rivers and creeks darken or freshen the generally salty Gulf water.  Each year, the Florida Fish and Wildlife Conservation Commission (FWC) and its Research Institute conduct scallop population surveys along the coast.  They’re generally predictable, and do a fairly good job of showing which areas are likely to have larger concentration of the tasty bivalves.  However, it’s often the catches from the previous year that predict what’s likely to occur in any given year.  For example, the harvest dates in Gulf County have not been announced due to poor harvests in 2017 and 2019.  It’s a wait-and-see situation.  And, as expected, based on previous years, crowds of scallopers are expected at Keaton Beach, Steinhatchee and Horseshoe Beach, in Dixie and Taylor counties. 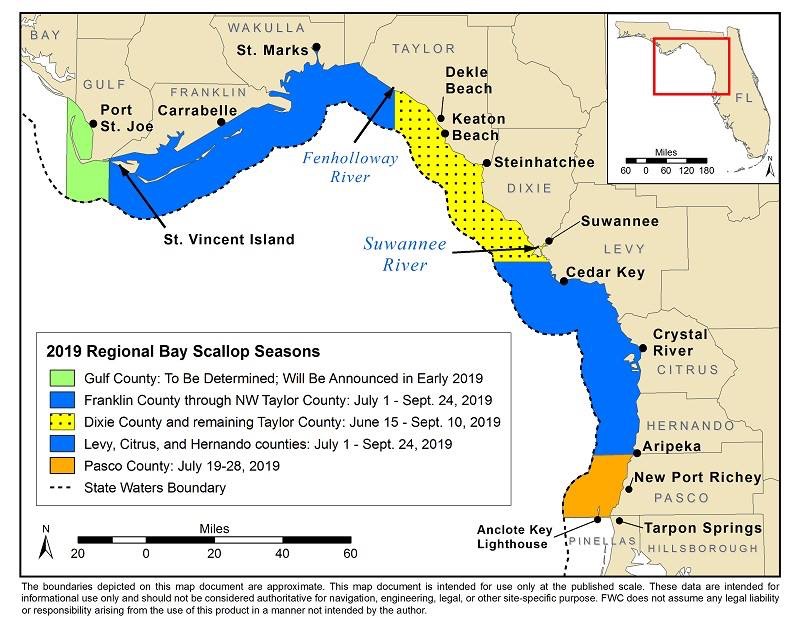 Dates for the 2019 season have been set, and they’re based on last year’s harvest, which was excellent.  Take a look at our post from 2018: 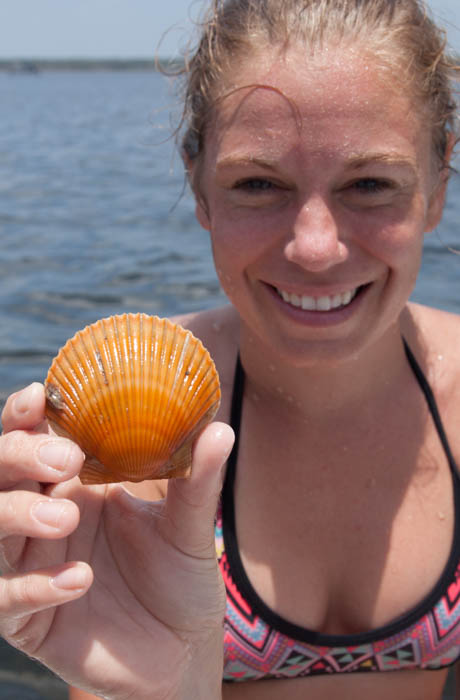 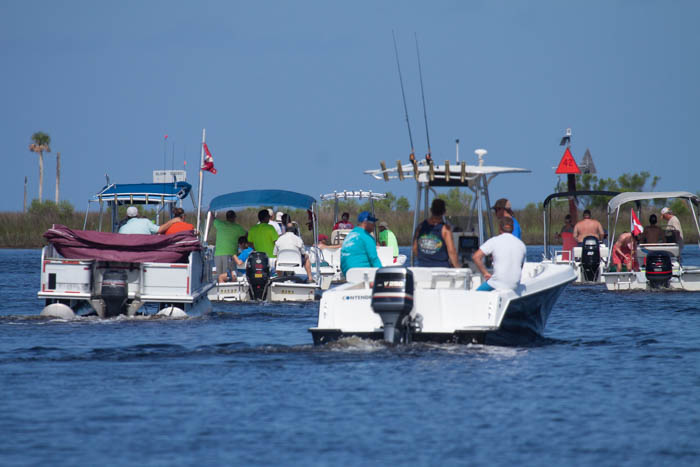 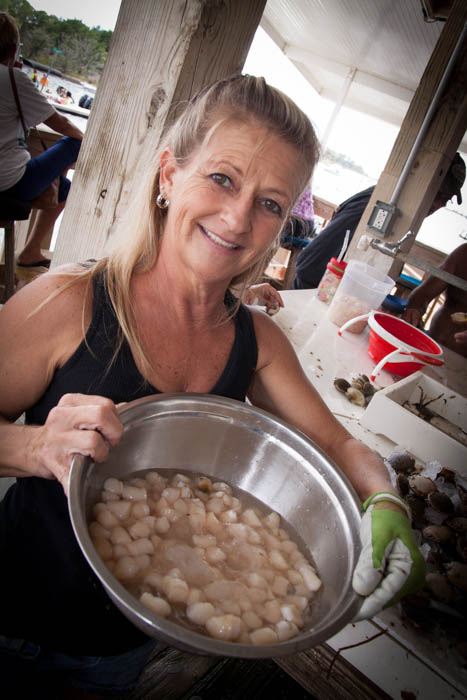 For a complete look at bay scalloping, rules and regulations, and a few recipes, click on  Bay Scallops–The Gulf of Mexico’s Tastiest Treat!