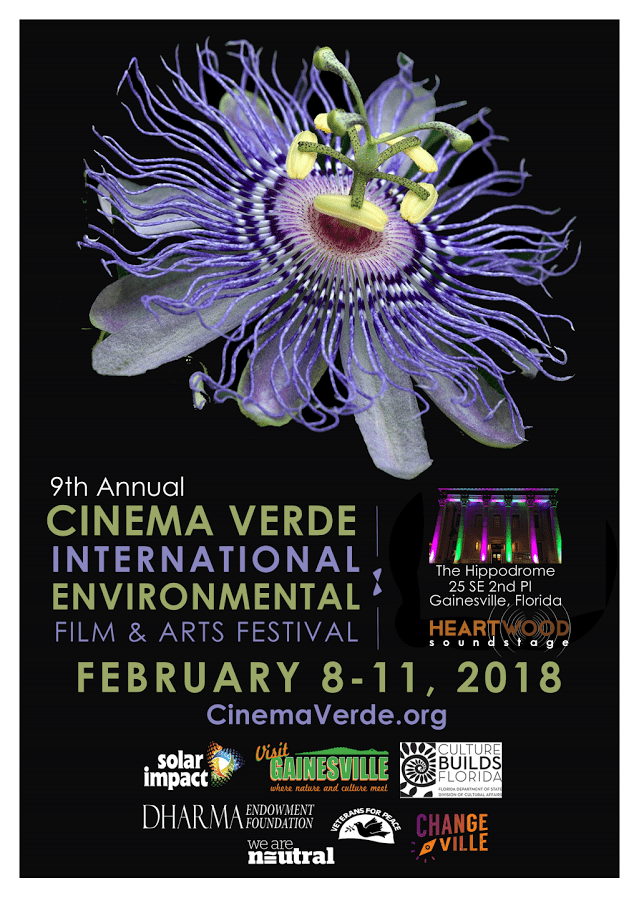 Cinema Verde International Environmental Film & Arts Festival is a film festival held annually on February in Gainvesville, Florida. We show environmental films from all over the world with the purpose of bringing environmental education to the local community. Films we have screened have also been accepted into such prestigious festivals as Sundance Film Festival and Cannes Film Festival and received prestigious awards worldwide, and award-winning filmmakers have personally attended our festival in past years.

This year, Cinema Verde will be held in the Hippodrome on February 8th through the 9th and in Heartwood Soundstage on February 10th through the 11th. There'll be food, drinks, and of course lots of great films. Visit our website http://www.cinemaverde.org/ for more information